I’m a passionate snowboard and mountainbike rider, specialised in Snowboard Halfpipe and Mountainbike Cross-country Similar to my brother Christoph I spend the most time during the winter in Kitzsteinhorn and Laax. Since summer I am a member of the German national snowboard team currently living at Saalbach/Austria. Beyond my favourite sports I also love Alpine ski racing and Telemark. Last season I finished my first Europe Cup season with an overall 7th place, I’m very proud of.

Major result had also been my 4th position at the World Rookie Tour Finals @ Kitzsteinhorn, Kaprun, AT. And not to forget the Austrian/German Campion Title at Kühtai, Austria. My ultimate dream is … to show up at the Olympics 2026 in Italy, logically jointly with my brother Christoph.

In summer I’m competing in a series of cross-country bike races, being more than delighted to finish 4th overall 2019 in the Austrian Mountainbike league, qualifying for the Austrian mountainbike U15 team. 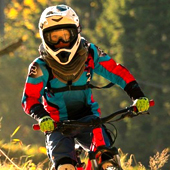 See all our riders

Start your day with a nice powder session! #enjoyyourrides #rehallouterwear ...

Before going skiing, it is essential to be well equipped and not to leave anything behind. For this reason, we recommend dressing in different layers, Enjoy your rides! #rehallouterwear #enjoyyourrides ...

The right equipment from Rehall Outerwear for your next unique winter sports experience #enjoyyourrides #rehallouterwear ...

Life is an adventure that's full of beautiful destinations. Rehall Outerwear is wishing you many wonderful memories made in 2023 ENJOY YOUR RIDES! #rehallouterwear #enjoyyourrides ...